October was a great month for Dirt City Writers!

Ty Bannerman and Mike Smith launched City on the Edge, a biweekly podcast delving into the history and culture of Albuquerque. We're all big fans already!

Nora Hickey was photographed with her muse, Jughead, for Pyragraph.

Can't wait to see what November brings! Hopefully not just a bunch of beards. 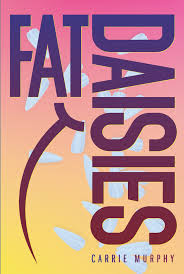 CARRIE MURPHY is the author of the poetry collections FAT DAISIES (Big Lucks, 2015) and PRETTY TILT (Keyhole Press, 2012), as well as the chapbook, MEET THE LAVENDERS (Birds of Lace, 2011). She received an MFA from New Mexico State University. Originally from Baltimore, MD, Carrie works as a teacher, freelance writer, and doula in Albuquerque, NM, where she is a member of the Dirt City Writers collective.

Mike Smith at the Gold House 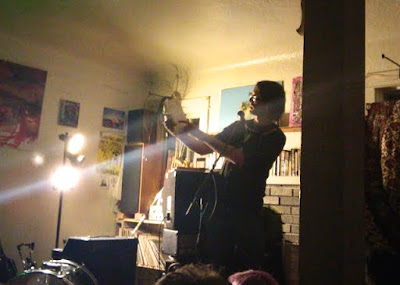 Last night at the Gold House, Mike Smith read a brand-new work in progress, which pairs excerpts from his childhood journal with retrospective rewrites of these seemingly insignificant moments, like when he and his brother constructed a barricade of snow logs to prevent their dad from pulling into the driveway. He wrapped up with "Notes from a Slowly Dying Suburbanite," a hilarious Jack Handy–inspired piece that was published last year in The Baltimore Review.

Mike was followed by John Mortara, who read deranged (in the best way) tweets from the year they were on Prozac and expertly crafted action movie–derived love poems (who says Alien isn't super romantic??). John is on tour promoting their new book, some planet (YesYes Books, 2015).

In Honor of the End of National Poetry Month (Farewell, Cruel Friend) 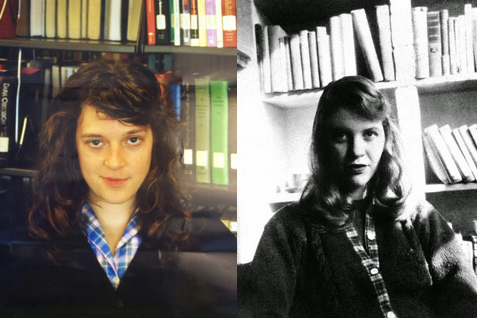 During my senior year in college, I was obsessed with Sylvia Plath. At my small, liberal arts, verdant Michigan school, all seniors had to design and implement an “individualized project” that had some connection to our major. I had stumbled upon literature after my dreams of working with dolphins were crushed by poor biology grades and my quick realization that words were as powerful as a laboratory. And, during senior year, I discovered Plath—a commanding wordsmith with a salacious backstory to boot. She quickly became the focus of my senior project, and books by and about Plath soon piled up in my room. I started using her journals (beautifully, rawly presented unabridged) as a sort of daily talisman—I would open the book at random, point to a line, and let this guide me through the day. One of my friends’ senior projects involved photographing her friends in a staged photo that replicated a picture of an influential person. I chose a snapshot of Smith College–era Sylvia Plath, her hair long and her face wry. For spring break, my mom and I drove to Indiana University where her juvenilia was kept in a sun-filled, spacious library. That year, as I drank shitty beer from kegs and showered less frequently than I should have, Plath was in my ear. I brought her up in conversations, wanted people to see her brilliance, her “blood jet!” The secret was, though, that I wasn’t sure I understood what was happening in her poetry myself. I was in love with her language, yes, because it rang out in such vivid pain that I couldn’t ignore it. But I was also captivated by her life story—the depression, the suicide attempts, the electroshock therapy. I cranked out a thirty-page paper on her poetry in relation to her husband’s, the poet Ted Hughes—poems about her—and the committee passed it. I think it’s somewhere in an old brick house in Kalamazoo, collecting dead flies and dust. I didn’t know that I would keep writing poetry back then, but ten years later, I’m still at it, still prodding language from bodies and land, from beauty and brutality. I still visit Plath, but with less of my sensation-seeking young eyes, and her poetry continues to mark me, but in a different way. This time, I am awed by her drive, talent, cunning, and vision, her abilities as a poet. “If my mouth could marry a hurt like that,” she asks of the vibrant flower in “Poppies in July,” and I know, I will wed her words over and over.
Posted by Dirt City Writers at 2:51 PM No comments:

If you inhabit the more literary parts of the Internet, you probably are aware that April is National Poetry Month. Poets and fans of poetry (usually the same people) will share their favorite poems on social media, will write a poem a day, give readings in small bookstores and coffee shops, and generally get up to shenanigans involving iambs and rhyme. However, for poetry lovers it often feels like the rest of the country is suffering from metrophobia—the fear of poetry. Introduce yourself as a poet, and the person you were talking to starts eyeing exits in case you break out into verse. Ask your friend if they would like to go to a poetry slam with you, and they suddenly have a headache or need to wash their hair—even if they’re bald. I have a few theories for why this fear exists: people feel that they can’t understand poetry and no one likes feeling stupid; it is a Pavlovian response to any subject one associates with high school essay writing; or they think poetry is all about death and despair. However, one thing poetry isn’t usually associated with is play. Poetry isn’t always serious business, and these next exercises are fun ways to encounter words. Hopefully poets and non-poets alike can enjoy them.

1. The Exquisite Corpse
The name of this exercise doesn’t really do much to disabuse poetry of its reputation for morbidity. This is the exercise most people are probably familiar with though. Get a group of friends together. One person writes down a line and passes it to the next. That person writes down a line, folds the paper to conceal the line before his or hers, and passes it to the next person. Continue passing it around. Once done, unfold the paper and read. The poem created from the group effort will often be silly, funny and, sometimes, surprisingly poignant.

2. Nonsense Poems
One of the biggest complaints about poetry is that the person reading it doesn’t know what it means. While many poems are often dense with metaphors, symbolism, allusions, and five-dollar words, sometimes a poem actually has no meaning. It’s a nonsense poem. The most famous nonsense poem is probably Lewis Carrol’s “The Jabberwocky” from Alice In Wonderland. It first stanza goes:

’Twas brillig, and the slithy toves
Did gyre and gimble in the wabe:
All mimsy were the borogoves,
And the mome raths outgrabe.

At least half of the words in the stanza above are not real words. Carrol made them up. One way to write a nonsense poem is to start by writing a description of an everyday thing. I would suggest setting a timer for five minutes and to keep your pen moving the whole time. Don’t worry about polishing it. Once done, start replacing words with made-up words. The only criteria you should have for these words is that they sound good. This exercise allows you to explore sound without worrying about that all-important meaning.

3. This is Just to Say
One of the more famous American poems is “This is Just to Say” by William Carlos Williams. It is written as if it is an apology left on a kitchen table or on the fridge. The speaker apologizes for eating plums and then proceeds to describe how delicious and wonderful those plums were. For this exercise the writer will mirror Williams and apologize for some small mundane transgression like wearing someone’s sweater without their permission or spoiling the end of a TV show. However, while the poet apologizes, they should also describe why that transgression was so enjoyable.


One of the reasons I love poetry is that is has allowed me to have a close relationship to my language. I’ve seen many people who claim they will never understand poetry, yet who have one poem that they love and return to again and again. I’ve also seen people say they will never understand grammar or understand how to get the words in their head onto the page. They are alienated from their own language. Even though they speak it every day, its minutiae are too great for them to overcome. I suspect it is because writing is deadly serious and in turn deadly boring stuff. However, the whole world once appeared that way, and we learned to live in it, often through those silly childish games we played.
Posted by Dirt City Writers at 10:04 AM No comments:

The very talented Jennifer Lynn Krohn read a poem of hers that appeared in issue #6 of The Mas Tequila Review, along with a poem by Liz Napieralski. Richard Vargas hosted a great reading to celebrate Mas Tequila's fifth anniversary, and while it's hard to pick a favorite out of the bunch of poets who read on Saturday, Rich Boucher's ode to McDonald's scores points for most delightfully strange love poem.